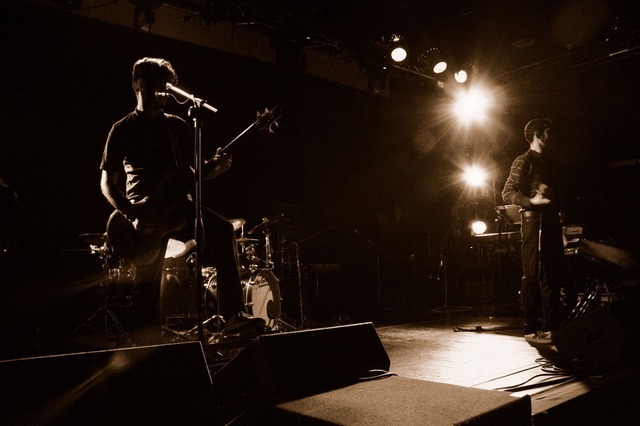 What is a Band Agreement?

The band agreement is the cornerstone of the band’s legal and formal presence.  Band agreements are extremely undervalued and underutilized.  However, they can provide real benefits now and enormous benefits in the future.  Any band that is serious about success and longevity absolutely needs a band agreement.

As disenchanting as introducing legal documents into your band might seem, it’s really a good thing to do early on.  Discussing and creating a band agreement will get everyone on the same page about payments, duties, voting, and so on.  In a time of conflict, this one document can prevent a lot of fighting.

Still don’t think you can sell your band mates on one?  Groups of all sizes can benefit immediately from creating a band agreement.  They can make it possible to open a business bank account.  Also, accountants and tax preparers need the information in band agreements to determine the proper way to do your taxes.

The “Operating Agreement” of a Band

In the business world, business owners create operating agreements or bylaws to establish exactly how the business is to be run.  These are basically treated as agreements between the other members or owners of the business.  Created around the formation of the business, these documents formalize the discussions and expectations of the partners.

As with an operating agreement, a band agreement’s value is seen not only in the present but also in the future.  Pretty much every legal dispute that you can think of between a band member and their band (there are lots of them) are determined based on the language of their agreement.  In high profile cases, this can mean millions of dollars.  Absent any conflict, a band agreement can offer bands a roadmap for proper tax returns, proper profit allocations, expanded liability protection, etc.

The point of a band agreement is to accurately formalize the plans and intent of the band members.  Pretty much anything can be included or taken out.  There really aren’t too many wrong ways to go about this.  That said, the most common band agreement provisions and terms are listed below.  A well-written contract that touches on all of these issues is probably going to make a fine band agreement.

This section contains band member names, the band’s name and the date of signing.  This is all just very basic information to lay the foundation for what’s to come.  That said, it’s also very important to have this information written down and correct.

Now that the band members have been established, this section defines their duties to each other and the band as a separate entity.  This section can include whatever the members decide on.  Some agreements have general duties and responsibilities while other agreements indicate the specific role of each member.

A lot of band agreements contain language that says that members cannot be involved in something that competes or interferes with the band.  The interference threshold is, of course, up to the band.  In all reality, a band agreement could survive without having a provision like this.  It’s roots are deeply planted in simple business law, however.  As such, it’s a good idea to include it.

This is a very important provision.  It’s also something that isn’t usually discussed or considered within bands.  Every band has a name.  Some have a logo.  The question this provision answers is who actually owns the name and logo.  It can be one person, it can be a group of people, or it can be some entirely unconnected entity.  It’s completely up to the band.  Sometimes it’s very clear that one person in the band has more interest in the name and logo.  In that case, the band agreement would likely name that person as the owner.

This is a common and necessary provision in all sorts of contracts.  Basically, it just promises that band members make to each other that aren’t covered elsewhere.  The Warranties section establishes that each person signing is indeed free to enter into the contract, doesn’t have competing interests, and wont interfere with the progress of the band.  It almost seems unnecessary, but it’s important to have in there.

Who owns the master recordings?  Again, this is up to the band.  It can be either one person in the group, the whole group, or an outside entity.  This is also very important and can play out a number of different ways depending on the circumstances.

If a band manages its own publishing, this is an important provision.  Publishing is an extremely complicated and confusing area of music and law.  As such, it doesn’t make a whole lot of sense going into it here.  Basically, there can be extra money left over from publishing administration.  This provision says how that should be split up.

When it comes to making important decisions, most bands have an informal vote or discuss the matter as a group.  This provision formalizes that process.  This provision establishes what type of vote or decision making process is required for specific types of issues.  From spending money to firing a band member, this section has a lot of real-world applicability.

This is another formal provision included because a band is technically a business.  This just establishes where or with what member the books and accounting information of the band will be.  Most of these are written to allow for periodic reports and the process for members to review these records.

Oh no, the dreaded topic.  “We’re going to be a band forever, man.” doesn’t always work out that way.   This provision talks about the formal way the band partnership is to be end.  It is also important to discuss what happens when only one band member leaves.  In order for the band to legally survive after someone leaves, this language needs to clearly address that topic.

Addition of a New Band Member

Think about how many people have been in and out of the Rolling Stones.  In fact, lots of classic bands have ever-changing lineups.  It’s crucial that the band agreement address how this is handled.  The type of vote required and the new member’s compensation are frequent topics for this provision.

Distribution of Assets After Dissolution

If the band breaks up, who gets what?  For some bands this is pretty easy.  With success generally comes more band property.  With more band property comes more confusion about how to split it up.  This provision addresses how profits, debts, property, and future property (royalties) are to be split up among members.

As with general business partnerships, band members are usually entitled to their share of equity in the band at the time they quit.  This provision addresses how a leaving member is to be compensated.  It’s important to include here what the leaving person is entitled to and how long the band has to pay them off.

Determination of Net Worth

The word “net worth” is used in the previous two sections.  A proper determination of net worth is required to effectuate a fair split should the band break up or have a member leave.  Defining how the band’s net worth should be determined clears up any possible confusion down the road.

This is another technical provision.  It establishes what kind of communication constitutes “notice” under the contract.  Notice, in a business atmosphere, is generally required for meetings and voting.

Lots of bands opt to have this section written in.  In fact, many business contracts require mediation or arbitration.  These provisions essentially require disputes to be heard and resolved in mediation or arbitration.  This is usually a good way for dealing with band problems for a number of reasons.  Make sure you discuss it with a lawyer prior to deciding for sure.

This is usually a collection of short technical provisions that strengthen the validity of the agreement.  These are important to have as they do touch on important issues.  Discussing what they are actually saying is for an entirely different post.

There’s no doubt that the internet is flooded with free contract templates out there for bands.  However, a vague or poorly written contract can do far more harm than not having any contract at all.  I’ve seen a number of template-based band agreements that are complete disasters.  Without being able to understand the legal implications of certain provisions, lots of band agreements are so easy to breach that they’re almost completely unenforceable.  They cover so many different topics that you really need to get an attorney experienced in contracts and music law.

Overall, I want to stress the importance of a band agreement.  This is the one contract that every band needs.  If you’re already dealing with other contracts and don’t have a band agreement, you absolutely need one.  I have personal and professional experience with countless music contracts, including band agreements.  Please feel free to contact me with any questions, comments or suggestions.  If you are in the Grand Rapids, MI area, please feel free to call and set up an appointment so we can discuss how to best position you or your band for success.  I’m here to talk!